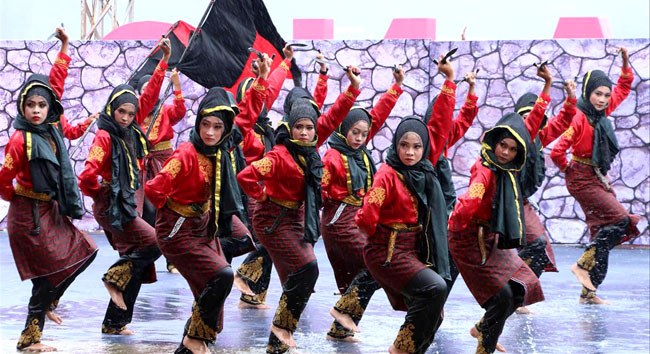 Of all the lures of Sabang Regency, traditional dances become a distinct attraction for tourists. For some people, these dances look uncommon and boring. For others, these may trigger their curiosity! Moreover, tourists can watch different types of beautiful dances there. What they need to do is to visit local villages and get the help of a tour guide. So, what dances can they watch? Are they unique? The thing is that the dances are quite similar to that of Banda Aceh and nearby cities. These include Saman, Laweut Aceh, Tarek Pukat, and Bines Dance.

The Nuance
The most noticeable thing regarding the traditional dances of Sabang Regency is that they represent the culture of Aceh Province. Not to mention UNESCO has acknowledged these dances and recommend them to tourists. Another best thing is that the locals have been working hard to retain the dances and promote them to outsiders. The purpose is none other than to lure more tourists to visit their region and increase the popularity of those dances. This explains why they often perform them on numerous occasions and events so that tourists are able to enjoy the dances easily.

Enjoying Beautiful Dances of Sabang Regency
As mentioned earlier, tourists can watch many beautiful traditional dances when visiting Sabang Regency. The most famous one, perhaps, is Saman Dance. It is said the dance belongs to Gayo Tribe (the oldest race in Aceh). In a nutshell, the dance has the purpose to teach Islam belief to the locals. Not to mention the locals perform the dance to entertain the guests during art festivals. The audience is even allowed to take pictures during the performance!

The next interesting dance is called Laweu. It has the meaning of a praise given to Muhammad the Prophet. In the past, people call it Seudati Dance actually. The dances consist of 8 women and a singer! No wonder, it looks both beautiful and entertaining. What is next? There is Tarek Pukat Dance that represents the life of local fishermen. No wonder, it features some unique moves and distinct clothes.

Another popular traditional dance of Sabang Regency is called Bines Dance. It originates from Gayo Lues and it consists of women dancers! The unique thing is that the dance comes with dynamic moves, developing from slow to fast movements. Later, the dancers stop at once while reaching the climax. In terms of moves, it is similar to Saman somehow. Overall, with the presence of those dances, tourists won’t get bored while getting around Sabang later. No?

How to Get There
The easiest way to reach Sabang Regency or Weh Island is by speedboat or ferry. For those coming from Banda Aceh, they can simply take the boat from Ulee Lheue Port and head to Balohan Port in Weh Island. It takes about 2 hours to get to Weh Island, actually. As for the price, it depends on the season and the number of visitors at the time.